Analysing the performance of the Northern Ireland housing market between July and September 2019, the report reveals an overall average house price of £171,763 which represents a weighted annual level of growth of 5% between Q3 2018 and Q3 2019.

When considering the quarterly movements, the index displays an increase of 5.7% relative to the second quarter of the year. The volume of transactions in the survey is 2,339.

During the second quarter of 2019 estate agents perceive market sentiment to remain much the same as quarter two of the year, and indeed the last several quarters, with Brexit and the associated economic uncertainty continuing to curtail purchaser confidence and transaction levels.

Some agents are more cautious, citing slower market conditions which they foresee to continue, particularly in light of the lead up to the festive period when the market traditionally becomes quieter. Despite this more pessimistic outlook, a number of agents highlighted that market activity levels remain stable, particularly in key conurbations which have seen more noticeable transactions outside of the first-time-buyer sector of the market over the course of Q3 2019. 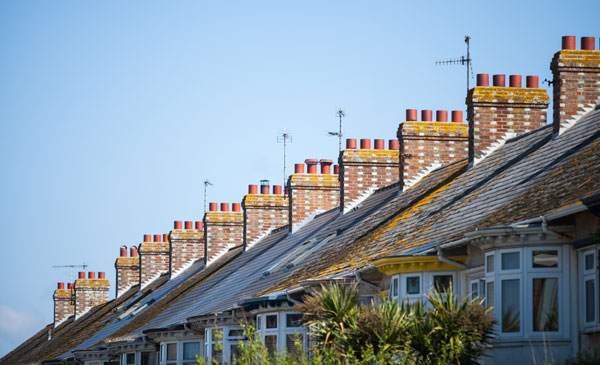 The distribution of sale price this quarter shows a movement in the price distribution of sales transactions from Q2 2019. The proportion of lower priced properties below £100,000 equates to 18%, reflecting a decrease of 6%. Properties sold at or below £150,000 accounted for 55% of transactions, compared to 58% in the previous survey. For the higher price brackets, 78% of transactions are at or below £200,000, with 87% of properties sold at or below £250,000 and 92% below the £300,000 price band, illustrating a 3% decrease in the transaction volume from the previous quarter. Overall, the analysis by price band indicates that there has been some movement within the mid to high value ranges, generally reflective of increased transaction volumes within the higher levels of the pricing structure.

“The latest quarterly house price research indicates an element of buoyancy in the Northern Ireland market during the third quarter of the year, following a prolonged period of relatively passive house price performance.  This growth suggests robust market sustainability and displays a level of resilience through what has been an unprecedented and continued period of uncertainty. The ongoing Brexit situation together with the outcome of the upcoming general election will undoubtedly exert a significant short term influence upon the political and economic direction of the UK and Northern Ireland over the coming months.”

“This latest report confirms the affordability and resilience of the market with an annual increase of 5% and a quarterly increase of 5.7%. Northern Ireland remains one of the most affordable housing markets in the UK and the current level of house price increases is a welcome stimulus to the local market. However, there is still a reticence amongst some buyers and a requirement of a positive Brexit outcome will be crucial to supporting economic prosperity and the continuation of strong levels of transactions in the housing market.”

Karly Greene, Head of Research at the Northern Ireland Housing Executive, which commissions the research, said:

“These figures reflect the highest average price of properties sold on the open market in Northern Ireland for more than a decade, with a strong level of transactions reflecting ongoing demand, especially for affordable dwellings.  There is reason to expect that the market will remain relatively healthy in the immediate future, while 2020 may bring a greater degree of clarity about some of the factors influencing the longer-term outlook.”